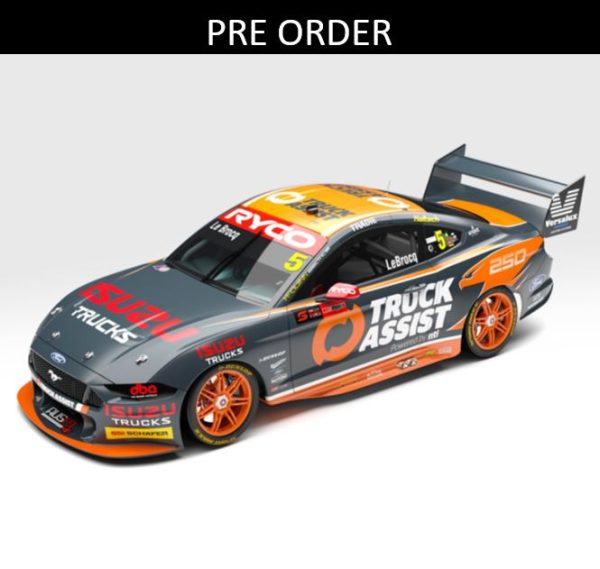 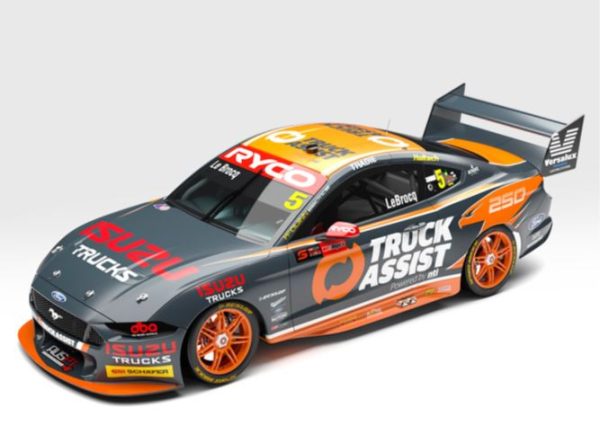 Tickford Racing celebrated its 250th Championship round at the season opening Repco Mt Panorama 500 held at Bathurst to kick off the 2021 Supercars Championship Season and their #5 Truck Assist backed Mustang featured a striking tribute livery to mark the milestone.
The impressive grey and orange colour scheme featured a Falcon and ‘250’ insignia on the sides, reminiscent of the designs seen on Ford Performance Racing Falcons between 2003 to 2014. It was a nice tip of the cap to the history of the team and a fitting way to acknowledge the achievement after making their championship debut in Adelaide in 2003.
Between 2003 and 2020, FPR/PRA/Tickford has won 74 races, two Bathurst 1000s and a drivers’ championship with Mark Winterbottom in 2015 to become one of the most successful teams in the series.
The 1:43 scale version is scheduled to be produced in sealed body die-cast with clear windows, detailed interior and will be presented in a clear acrylic display case with a numbered backing board which acts as the Certificate of Authenticity.