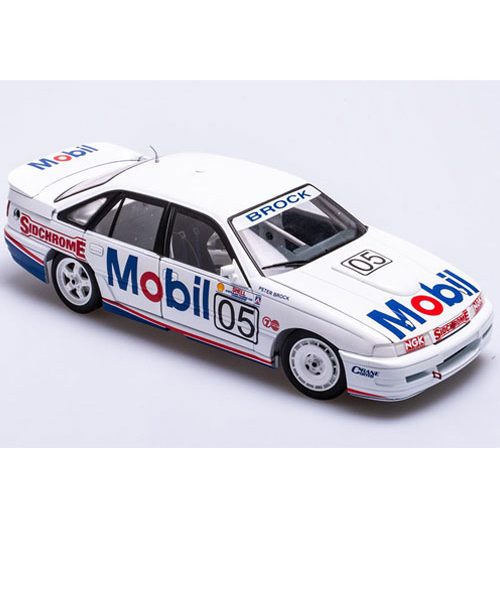 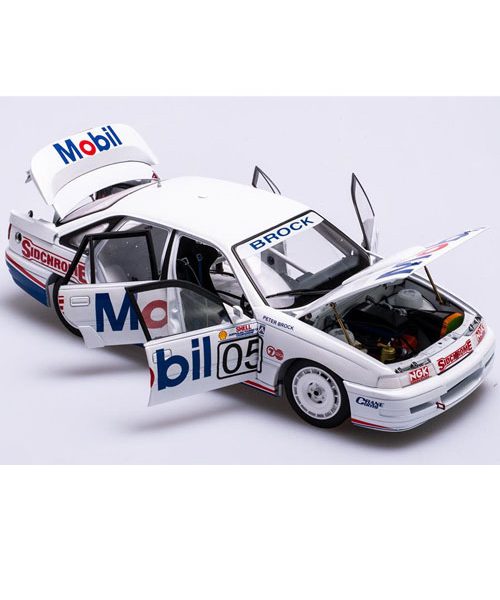 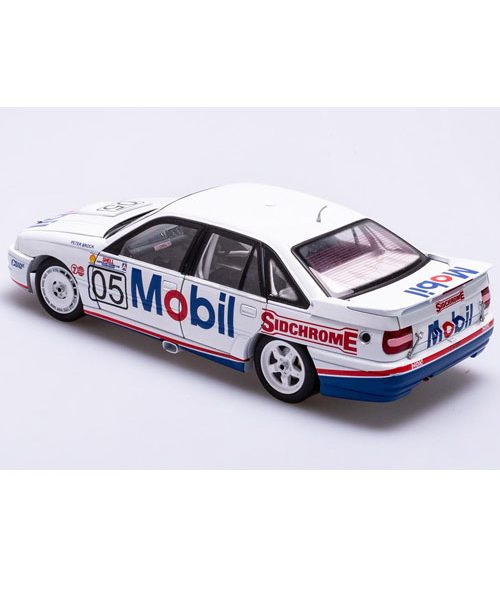 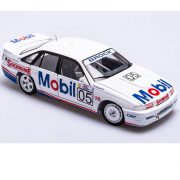 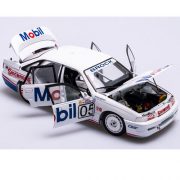 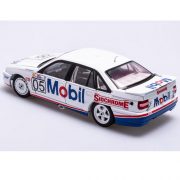 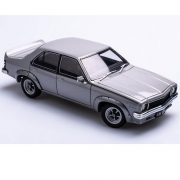 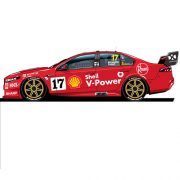 Available for pre order only. ETA at announcement: 3rd quarter 2019
Please Note: Price and ETA are correct at time of announcement and are subject to change without notice

After three years of not racing a Holden product, Peter Brock returned to the list of VN SS Group A Commodore drivers in Australian Touring Car Championship racing in 1991 in something of a marriage of convenience that re-united an old winning combination. Brock had solid Mobil sponsorship but was moving away from Ford Sierras at the end of the 1990 season and former Bathurst-winning partner Larry Perkins had cars and engineering expertise but no backer. So the 1982, 1983 and 1984 Bathurst-winning pilots pooled their resources and joined the Group A touring car trail in ’91 in a pair of brand new Mobil-backed, VN Commodores built by Perkins Engineering.

The nine-round Shell Australian Touring Car Championship proved to be very much an ongoing test session as the squad developed its new cars with the long distance races at Sandown and Bathurst in mind. The opening round at Sandown in late February 1991 was Brock’s first ATCC round in a Commodore since July 1987, and the #05 Mobil VN was no different to the rest of the field – they were all making up the numbers compared to the dominant Nissan GT-Rs that finished a long way down the road in the top two positions. Brock came home seventh after a scrap with Alan Jones’ nimble B&H BMW M3 and actually swapped chassis with Perkins for the next round at Symmons Plains in Tasmania after ‘LP’ had slightly damaged Brock’s car in testing at Calder. Again the nine-time Bathurst winner finished seventh and from there the results sheet for Brock in that year’s championship was largely populated by top 10 results as the team continued to develop the five-litre V8-powered racer.

Ignition issues hampered the #05 Holden at Wanneroo in Perth and Brock finished ninth and last runner in the tiny field of 11, nine laps down on the winning Nissan of Mark Skaife. In these opening rounds of the season the Mobil team ran on Dunlop tyres given Brock’s long-time tyre supplier Bridgestone was unable to have stock ready for the beginning of the season. He was best-finishing Holden next time out in round four at Lakeside (finishing sixth overall) before finishing ninth at Winton and sixth in three rounds in a row at Amaroo Park (where the team finally got its hands on some development Bridgestone tyre stock), Mallala (where the VN sported engine upgrades to 1991 regulations including a new inlet manifold, injector trumpets and engine management system) and the second round for the year held at Lakeside (where Brock required a mid-race pit stop for tyres). In fact, such was the development progress of the Mobil Commodore that Brock qualified on the front row of the grid at the latter alongside Skaife’s Nissan, a sign that the Perkins-prepared cars were making solid progress.

Brock rounded out the season with another front row qualifying performance at Oran Park – this time alongside former HDT teammate Jim Richards’ Nissan GT-R – armed with a six-speed gearbox for the first time in the ’91 championship after previous running a five-speeder. The four-wheel-drive Nissan was one of a handful of cars that relegated Brock to fourth place by the first corner when the race started but the Holden hero picked off Richards and then John Bowe’s Sierra to move to second place behind the leading Nissan of Skaife. Eventually he slipped down the order as the heavy Commodore chewed up its tyres, electing to pit for fresh rubber and rejoin the field, crossing the line seventh at the end of the 50-minute timed race. Brock wound up finishing sixth in the 1991 championship and was the top Commodore driver in the order, showing the way to the factory Holden Racing Team entry of Win Percy and Mobil teammate Perkins. While the Mobil #05 VN model was not a race-winning proposition in that year’s championship, it most certainly was special to Brock’s legion of fans given the return of the ‘King of the Mountain’ to the wheel of a Holden.

Available for pre order only. ETA at announcement: 3rd quarter 2019
Please Note: Price and ETA are correct at time of announcement and are subject to change without notice