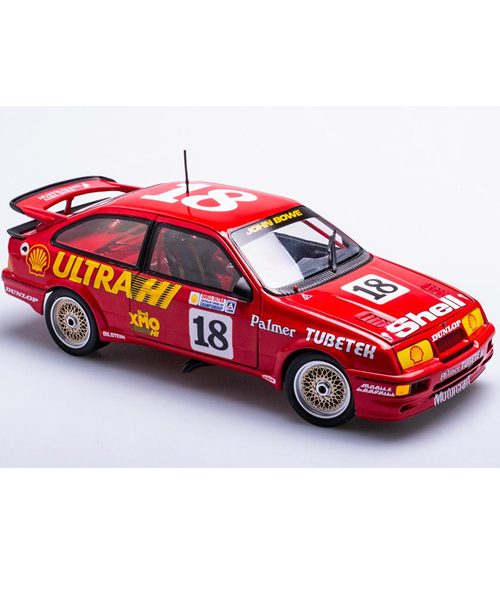 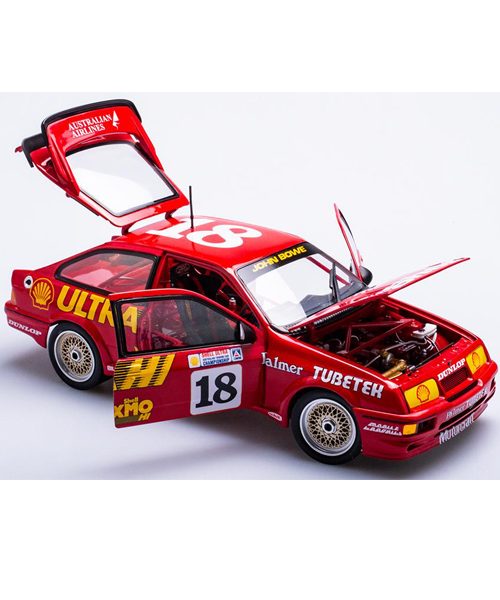 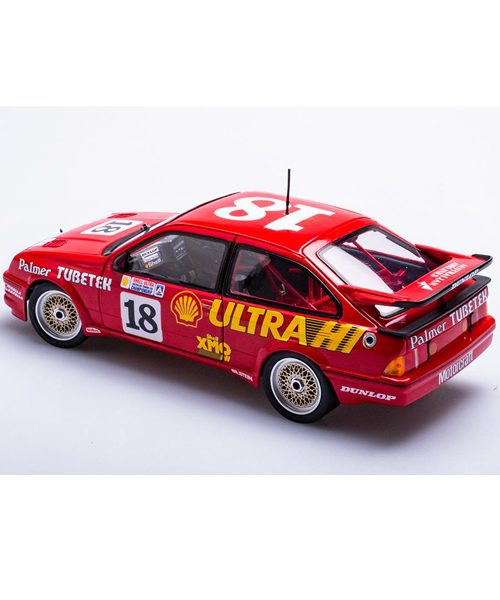 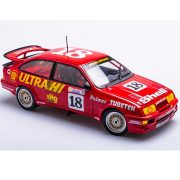 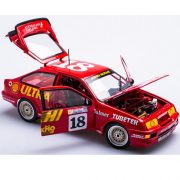 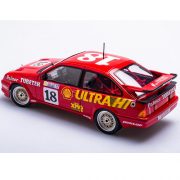 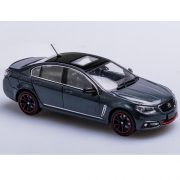 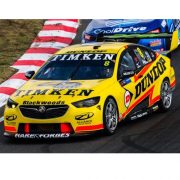 Available for pre order. ETA at announcement: 1st Quarter 2020
Price and ETA are correct at listing. Both are subject to change without notice

1989 saw John Bowe firmly establish himself as one of Australia’s top touring car drivers with a second-straight season of success with Dick Johnson’s all-conquering Shell Ultra-Hi Ford Sierras. Of his two Australian Touring Car Championship race victories that season, Bowe’s triumph in the opening round at Amaroo Park ranks as one of the finest of his career.

Starting from third on the grid, Bowe shot between slow-starting front row men Johnson and Peter Brock to lead over Bitupave Hill. Maintaining that lead was no easy feat on a hot March day, where the heat added to the torture the tight Annangrove layout wreaked on tyres. Adding to his stress levels was a stern attack from Jim Richards aboard a Nissan Skyline that was looking after its tyres better than Bowe’s Sierra. While Richards had been able to round up Johnson around the outside to claim second place, Bowe withstood the Kiwi’s pressure until the Skyline’s tyres finally began to fade, claiming the third championship race win of his career with a five second margin.

Bowe remained in the title hunt for the entire season, missing the podium in just one of the eight races. A week after Amaroo, Bowe came home third at Symmons Plains despite a late-race tyre change, followed by another third placing at the rain-delayed, crash-marred and half-points Lakeside round.

Rain also afflicted the championship’s visit to Wanneroo, where Bowe claimed his second win of the season after team-leader Johnson made a late-race pit stop to change to dry tyres. 1989 saw each race run to a time-certain finish rather than a total number of laps, and Johnson was unaware the race’s 50-minute duration was about to elapse.

Bowe claimed yet another third placing at Mallala despite an opening lap tangle with Brock and a late-race mechanical problem, while another podium effort at Sandown behind Johnson and Brock effectively secured a one-two title finish for the DJR duo.

Neither of the Shell drivers figured in the wet at Winton, Bowe spinning off on the penultimate tour while battling for sixth with Andrew Miedecke, the #18 Sierra sliding right across the bows of eventual winner George Fury.

Available for pre order. ETA at announcement: 1st Quarter 2020
Price and ETA are correct at listing. Both are subject to change without notice