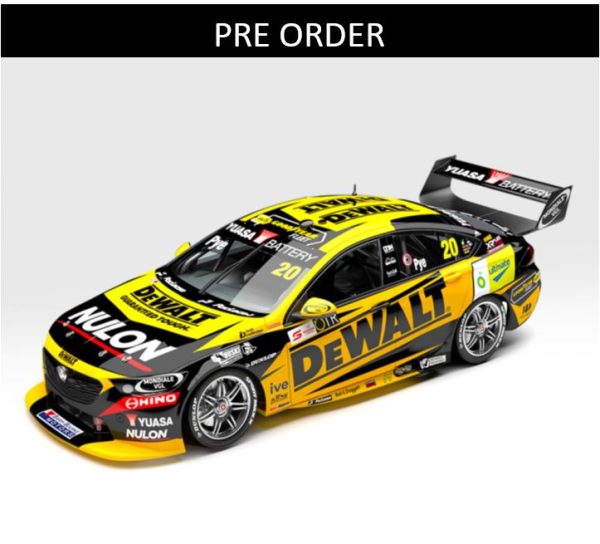 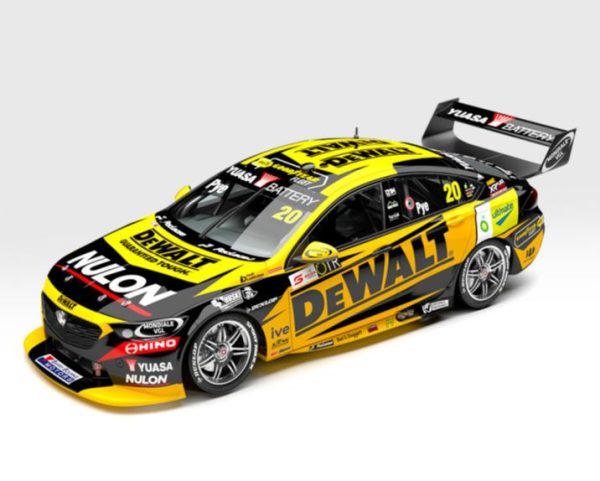 After joining Team 18 for the 2020 season, Scott Pye claimed the team’s first podium as a standalone outfit at the Darwin Triple Crown before he followed up with two more third place finishes at Hidden Valley the next weekend and finished sixth at the season-ending Bathurst 1000 with Dean Fiore.
He continued on with the team for the 2021 Repco Supercars Championship season and remains a solid, reliable driver in the stunning yellow and black DEWALT Holden ZB Commodore, finishing in the top 10 on multiple occasions throughout the year.
Authentic Collectables are very proud become the official model car partner for Team 18 / DEWALT Racing to be able to replicate the #20 Commodore.
The 1:43 scale version is scheduled to be produced in sealed body die-cast with clear windows, detailed interior and will be presented in a clear acrylic display case with a numbered backing board which acts as the Certificate of Authenticity.