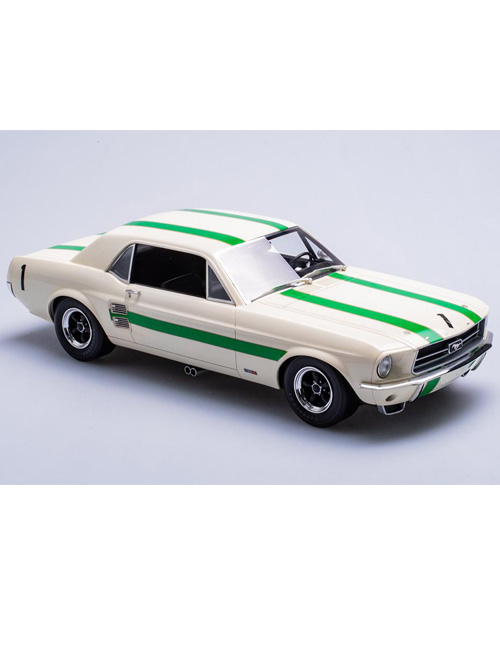 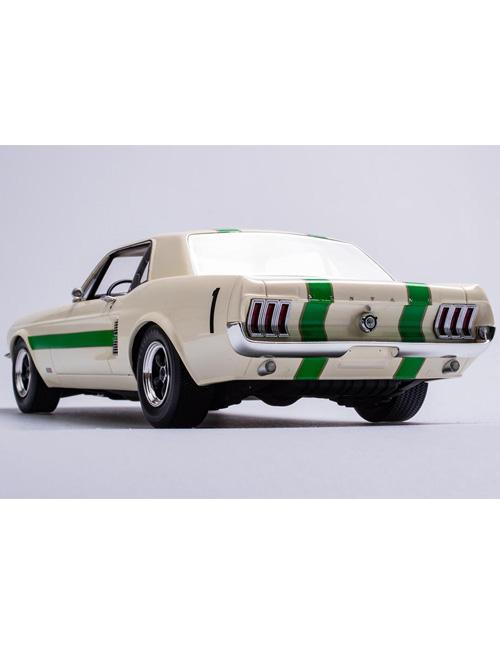 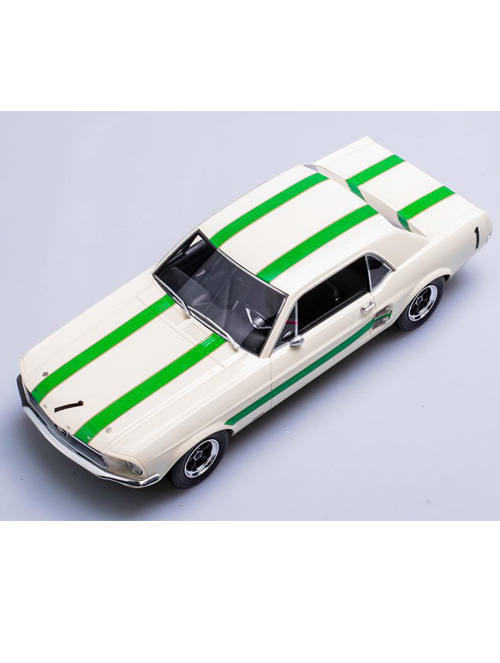 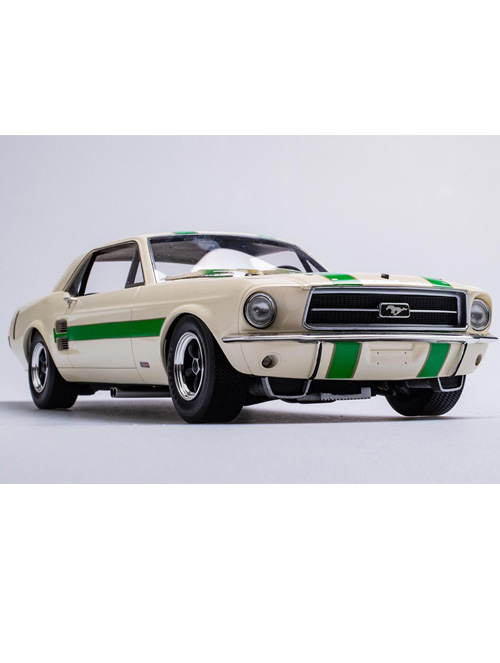 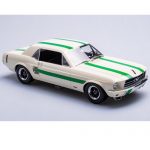 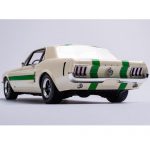 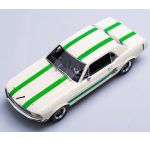 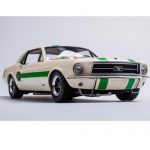 Every legend has its starting point. For Ian ‘Pete’ Geoghegan’s incredible 1967 Ford Mustang GTA, July 30, 1967 is that beginning.

The immaculate Wimbledon White pony car with the Castrol green stripes, built by the legendary John Sheppard, contributed three Australian Touring Car Championships to Geoghegan’s career tally of five. The first came on that July day in 1967 at Lakeside Raceway. The ATCC was still two years away from expanding into a multi-race series, a championship that comprised events around the country. The 1967 event was a one race, winner-takes-all affair, returning to the picturesque Queensland circuit for the first time since 1964 – when Geoghegan won his first title. The 1967 race was the very first hit out for Geoghegan’s new Mustang, replacing the ’65 model machine in which he claimed the 1966 ATCC among a host of silverware.

So tight was the build time of the car – it came off the production line in the US in April! – that it hadn’t turned a wheel prior to arriving at Lakeside on the Saturday of the ATCC meeting, and it missed that day’s practice while its front springs were replaced! Officials allowed Geoghegan to do a handful of shakedown laps on Sunday morning prior to the preliminary races that would set the grid for the ATCC-deciding 50-lapper, his quickest lap in the sprints good enough to earn him second on the grid alongside Norm Beechey’s Chevy Nova. Tyre choice proved pivotal, Beechey’s softer Goodyears allowing him to pull out a lead over Geoghegan and his harder Firestones, despite a clutch problem in the Nova that was making gear changes tricky.
The race turned on its head on Lap 40. The leading car’s left rear tyre blew, pitching the Nova into the fence just before the Dunlop Bridge. From there, Geoghegan cruised the final 10 laps to come home a comfortable winner as Mini Coopers rounded out the podium, Beechey applauding his great rival as the Mustang came around on its victory lap. Geoghegan’s Mustang kept on winning after its victorious debut, backing up his 1967 title with two more aboard the Mustang, including the inaugural ATCC held over multiple rounds in 1969.

Produced in high quality sealed body resin, the 1:18 Mustang is a finely crafted collectable. Despite being a sealed body model, the interior detail has been well replicated and can clearly be seen through the clear windows. The exterior finishing of this model is a real standout also. The simple but very effective paint job and stripes works so well together and it will simply be a beautiful addition to anyone’s ATCC Winners collection.