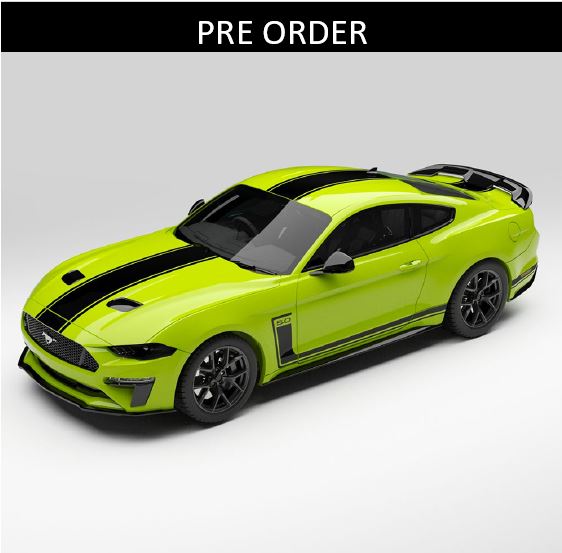 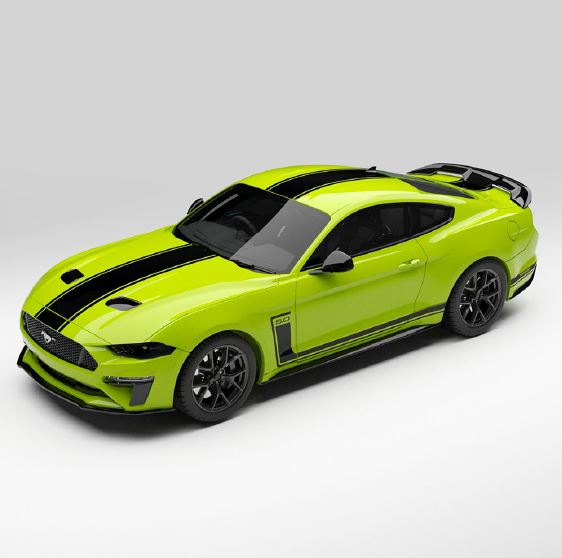 FORD MUSTANG ADULTS WATCH $160.00
There are no reviews yet.

This model is currently available on PRE ORDER.

Please Note: Price and ETA are correct at update. Both are subject to change without notice.

When Ford introduced the Mustang in Australia at the end of 2015, it was the first factory made right-hand-drive version in its 50-year history and Aussie fans responded in epic fashion with Ford bosses stunned at the sales success.
Over the years, the thirst for more specialised and high performance Mustangs over the regularly available options increased, but much to Australian fans disappointment, unique American options like the Shelby GT350R and Shelby GT500 never made it to our shores.
With the gap in the market overwhelmingly obvious, local Ford Performance master and Mustang tuner Rob Herrod from Herrod Performance joined forces with Ford Australia to collaborate on and produce a unique, specialised performance Mustang for Aussie enthusiasts.

What they came up with was the spectacular Mustang R-SPEC, the first supercharged edition of Australia’s best-selling sports car.
The R-SPEC was dubbed the most potent, performance-focused Mustang ever available in Australia from local Ford dealers. It was powered by a Ford Performance Supercharged 5.0L V8, with every edition featuring an individually numbered build plate and styled with unique black exterior treatment, R-SPEC specific alloys and a one-off boot lid spoiler. It was available in four different colour schemes and only 500 units were built.

The R-SPEC is a really amazing version of the iconic Mustang with an Australian twist and we’re excited to be producing it for collectors in scale model form with the first edition being produced in the hero Grabber Lime colour scheme.
It’s scheduled to be produced in sealed body format with clear windows and detailed interior in a limited edition with a numbered Certificate of Authenticity signed and endorsed by the man behind the machine, Rob Herrod.

Numbers will be strictly limited, don’t miss it.