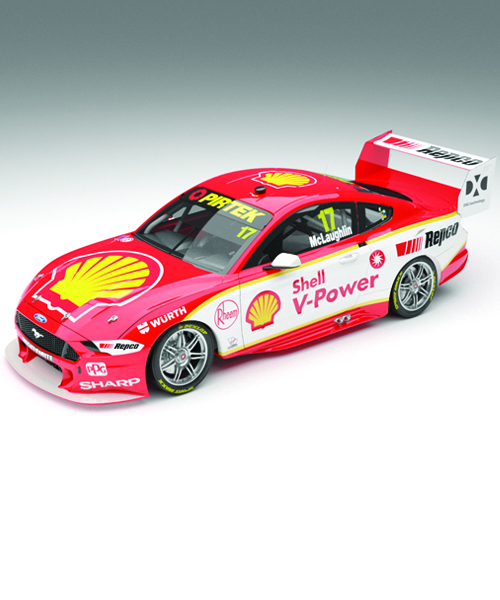 Only 1 left in stock

2018 was a breakout year for Shell V-Power Racing Team’s Scott McLaughlin. Despite the release of a new model for the competition, McLaughlin stamped his authority on the year, taking the Championship Trophy. In the background of the teams success, they were working closely with Ford Performance in the United States, Ford Australia and Tickford developing their 2019 weapon – the Ford Mustang GT Supercar.

In the hands of McLaughlin, the Mustang tasted success on debut, and hasn’t looked back since. Undoubtedly a unique talent, the Gold Coast based Kiwi has stamped his authority on the 2019 season, and is setting up his title defence nicely.