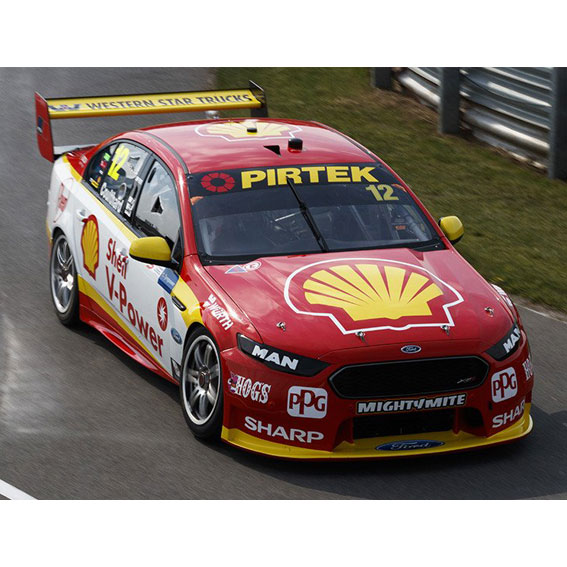 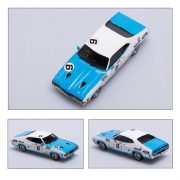 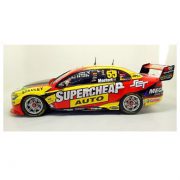 After joining DJR Team Penske in 2016, the 2017 Supercars Championship was always going to be a massive year for Kiwi Supercar ace Fabian Coulthard. With Shell taking over naming rights sponsorship of the team and the recruitment of young gun Scott McLaughlin to partner him in car 17, all eyes were on the team and both drivers to start delivering Ford fans some much craved success in the new season.

With promising performances at the Clipsal 500 and a dominant weekend from the team at the non-championship Australian Grand Prix event, all eyes turned to Tasmania. The attention was warranted because the team delivered on their early season form and it was in the Apple Isle where Coulthard delivered the team their first championship race win under the DJR Team Penske / Shell V-Power Racing banner. It was also Coulthard’s first championship win personally for the team with team mate McLaughlin finishing in second place to secure the team’s first championship race 1-2 finish. As memorable as that was, the icing on the cake was Australian Motorsport icon Dick Johnson accepting the teams trophy on the podium with both his drivers, a moment that Ford fans have been waiting a long time to see.

Coulthard was ecstatic with the win; “It’s a pretty special thing to win, and even better when your team mate is right there alongside you on the podium. It was a pretty dominant performance, we worked well as a team with our pit stops and strategy. I didn’t get impeded by stacking at any stage, and it shows the camaraderie within the team. It doesn’t matter which car wins, as long as one of them does. I don’t think we could have ended the day any better than what we did. To take the team’s first Championship win is very special. It’s an iconic team, and we have some pretty special people here. Roger is wrapped, Dick has a smile a mile wide and it’s good times.”

The win ended a 118 championship race win drought for DJR Team Penske with Coulthard backing up the Tasmania performance with another win at the next race at Phillip Island, making it the first time he has claimed successive championship Supercars races.

This model will be produced in die-cast presented in our clear acrylic display case in an exclusive limited edition with a numbered Certificate of Authenticity. It’s no doubt going to be a rare collectable and one that shouldn’t be missed by fans of the driver or the popular Ford team.