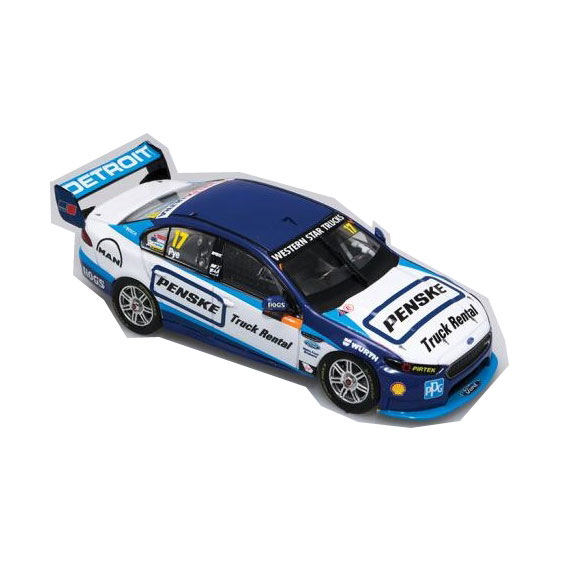 As part of their rolling primary sponsor strategy for the 2016 Virgin Australia Supercars Championship, DJR Team Penske announced a white and blue Penske Truck Rental colour sceme that would be run at the 2016 Coates Hire Ipswich Supersprint by Scott Pye.

This 1:43 Scale replica will be produced in die-cast with clear windows, detailed interior and will be produced in a limited edition with a numbered Certificate of Authenticity. It’s one that shouldn’t be missed by DJR Team Penske, Scott Pye and Ford fans alike.