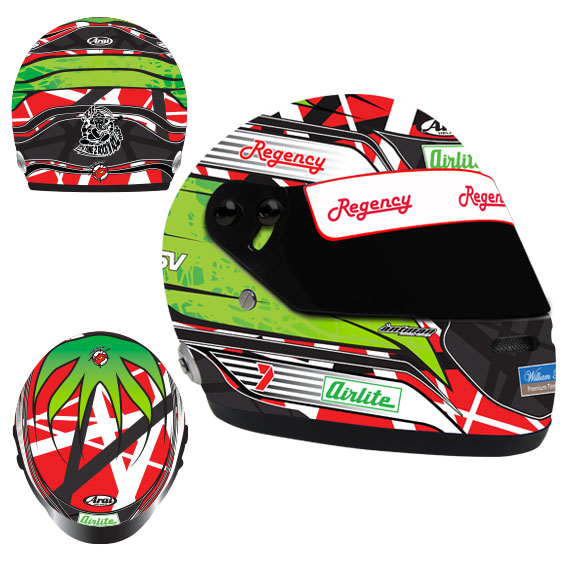 Courtney has raced and was successful in several other categories, most of which are regarded as the stepping stones to Formula One. He was World Junior Karting Champion in 1995 and world Formula A Champion in 1997.

He was British Formula Ford champion in 2000 and broke the record for winning the most Formula Ford races in one season. He drove for the Jaguar Junior Formula Three team in 2001, impressively winning his first F3 race on his F3 debut. He was also a test driver for Jaguar’s Formula One team.
He won the 2010 V8 Supercar Championship Series driving for the Dick Johnson Racing Ford team. Courtney has driven for the Holden Racing Team since the 2011 season.
LIMITED EDITION
SIGNED CERTIFICATE
Description:
-These helmets will be supplied with a certificate of authenticity
-Individually numbered
-Limited in edition
-Padded lining
-Adjustable helmet strap
-Window box see through packaging