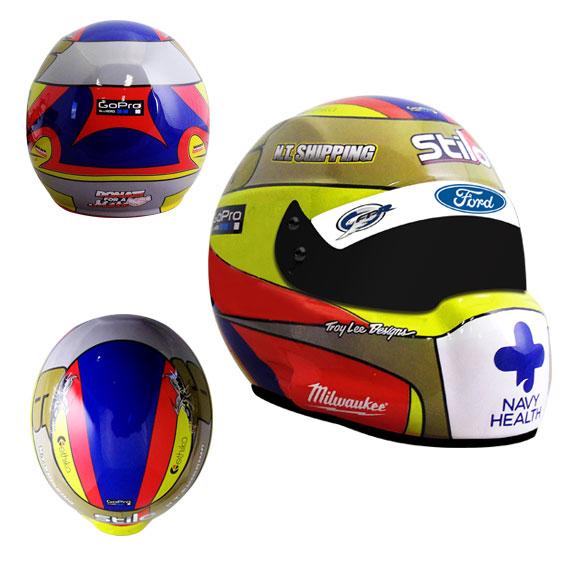 Mostert ran one round in the Development Series in 2013 before being moved up into the Championship Series. He drove car #12 for Dick Johnson Racing, with Ford Performance Racing providing technical support. On 28 July 2013, Mostert won his first Championship Series race at the 2013 Coates Hire Ipswich 360.

In 2014, he is driving for Ford Performance Racing under the Pepsi Max Crew Ford FG Falcon previously driven by Will Davison in the 2013 Championship. Adam DeBorre remains his engineering, transferring back to Ford Performance Racing from Dick Johnson Racing. Mostert won 2014 Bathurst 1000 with co-driver Paul Morris, after starting at the back of the grid, the lowest ever starting position to go on to win the Bathurst 1000.
Description:
-These helmets will be supplied with a certificate of authenticity
-Individually numbered
-Limited in edition
-Padded lining
-Adjustable helmet strap
-Window box see through packaging
LIMITED EDITION
SIGNED CERTIFICATE