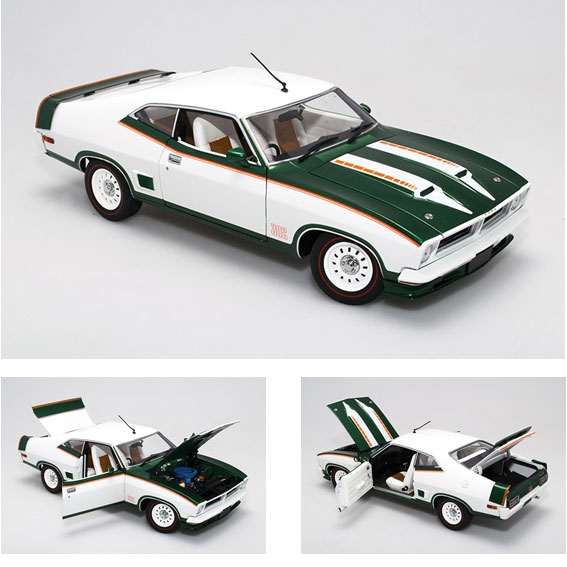 The John Goss Special was a limited edition XB Falcon hardtop which was released by Ford in 1975 to celebrate his win at the Bathurst 1000 the year before in 1974. With a 302 Cleveland V8 under the bonnet, the John Goss Special featured some specific options including the GS Rally Pack which featured full dash instrumentation, a 3-spoke steering wheel, vented bonnet (hood) with locking pins, and 12-slot steel road wheels. A separate item featured on all John Goss Special hardtops were the cosmetic side body vents that were also a feature of contemporary Falcon GT hardtops. The car was produced in one of two metallic accent colours over the base Polar White colour scheme in Apollo Blue or Emerald Fire and also featured Polar White wheels, front bumper and grille assembly.

Some Ford dealers such as McLeod Ford in Sydney (who were known for their ‘Horn’ cars) chose to add accessories such as front and rear spoilers, or to modify the interior seating to feature colourful cloth or vinyl inserts. This particular edition is based on one of those cars.

Produced in die-cast with fully opening parts, high detail and coming in a limited edition with a numbered certificate of Authenticity, this model is a must have for Ford fans and shouldn’t be missed.